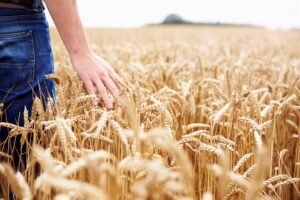 When you purchase a property and register mortgage bond in favour of a bank simultaneously, then the documents are based on an agreement also called a deed of sale. This document stipulates the purchase price and the method of payment thereof. Where the purchaser is purchasing with money lent from the bank the document will state that the purchase is subject to the purchaser being successful in being granted a loan for a specific amount. The bank bases its decision on the contents of this document.

A problem arises where the bank grants an 80% loan and requires the purchaser to pay a 20% deposit. The purchaser then has to pay the 20% deposit into the account of the Conveyancing Attorney. The actual effect is that the contract has lapsed and become null and void. Due to the fact that parties wish to proceed with the contract they make all attempts to obtain the required deposit. Most purchasers do not have the deposit and the estate agent then renegotiates the deal.

When renegotiating the deal some agents will go as far as to increase the purchase price with anther 25% which is then described as a deposit. The relevant agent will then explain to the parties that the deposit is not actually payable and that it is only done to convince the bank to give the other 75% as a loan, incidentally the same as the original purchase price. This is then described n the addendum to the agreement as a fictitious deposit.

Where a contract which contains a misrepresentation is submitted to the bank as if it were true then the bank is being misled. The bank has then already been defrauded.

The bad thing of it all is that only the attorney will be charged with fraud and struck off the roll as an attorney. The estate agent walks away to commit fraud again another day.

Everybody is complaining about our President getting away with fraud and then they commit fraud themselves.

Think twice. If you are not part of the solution you are part of the problem. If we come across matters like this we refer it to the banks and the estate agency board. Attorneys who commit to these practices will be reported to the Law Society.

A lot of creditors are moving over to make use of Debt Collectors rather than attorneys. The reason is that the attorneys have to work in terms of the Rules of Court and the Debt Collectors do as they please.

This is, however, not the true situation. In a lot of instances the creditors are being misled by the debt collectors to the detriment of the creditors. An example of this is that Debt Collectors offer to collect the debt on behalf of a creditor on an agreement that the creditor receives 75% of each payment received by the Debt Collector. This is the only basis of the agreement and the creditors fall for it as they see that they might get paid a small amount on a monthly basis. What the creditors do not calculate is the bigger loss they suffer at the end of the collection process.

The situation with collections done by attorneys differ somewhat to that of the Debt Collectors. The attorney is obliged to receive payments and appropriate it firstly towards costs, then interest and then capital. On a large number of handovers it is then clear that it will be a very lengthy process before the creditor starts seeing results. The attorney may recover from the debtor all the costs on a party and party scale and if the debtor wants to pay the debt off in instalments then the attorney may insist that the debtor pay the attorney and client costs.

Eventually the creditor receives payment of the capital amount plus the interest from the attorney with a complete statement of account indicating the amount collected, how much of it was for costs, interest and capital.

Most Debt Collectors do not report or pay the interest over to the creditors. They then take 25% of the capital, the interest on the account as well as the maximum fee of R814.00 per matter. They further issue summonses through attorneys in any event so the costs will automatically accumulate at the end of the matter. Regulation 11 states that the debt collector may not collect more than the capital amount in lieu of costs to a maximum of R814.00. If the Debt Collector then has an agreement with the creditor to pay only 75% of the capital to the creditor, is this agreement legal?

In my opinion it is not legal to enter into any agreement in conflict with an act or regulations. This would mean that the agreement is illegal. The act further states that the debt collector has to report in full to the creditor with regard to all the capital, interest and costs collected. How can a creditor then accept payment of 75% without a statement of account?

Section 19 stipulates that the debt collector may not collect more than the capital, legal interest and costs to a maximum amount of R814.00. The Minister of Justice may change the amount of costs from time to time. There are other costs which they may collect, such as costs of a settlement statement requested by the debtor, copies and such.

The same situation arises with schools. May a Government School give away 25% and the interest on its book debt to a debt collector without having the authority of the parents? Keep in mind that the Governing Body of a school is representative of the parents of the students. Is the decision to give away 25% and interest made by a Governing Body of a school to the benefit or the detriment of the rest of the parents and all the students? Another question is that, if it is a Government School, do the school fees not fall under ownership of the State under management by the Governing Body?